Lightning Protection Systems: How Do They Work? 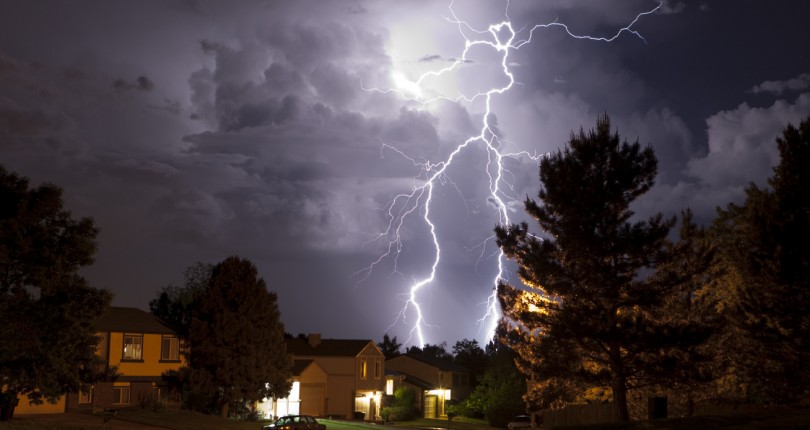 Maybe it’s a near impossibility for lightning to strike the same place twice, but most hope lightning never even strikes their home even once.

According to the National Fire Protection Association (NFPA), between 2007-2011, U.S. local fire departments responded to an estimated average of 22,600 fires per year that were started by lightning.

These fires caused an average of nine civilian deaths, 53 civilian injuries, and $451 million in direct property damage per year.

Most of these fires occurred outdoors, but most associated deaths, injuries, and property damage were associated with home fires.

So how does a lightning protection system actually work?

InspectAPedia.com says lightning protection was first invented by Ben Franklin in 1752. Today’s lightning diversion system consists of a lightning rod combined with cable and ground rod, which provides a very good conductor with very low electrical resistance between the lightning rod atop the protected object, like your home or outbuilding, and the earth.

InspectAPedia explains that if a lightning strike begins to form between the protected object and the cloud, the lightning protection system conducts that electrical energy safely to Earth. Otherwise, that same energy would pass through the protected object itself, almost certainly causing more serious damage, or perhaps a fire, as well.

The website CostOwl.com says the budget for a residential lightning protection system can be as little as a few hundred dollars for an average two-story house. This includes a lightning rod atop the roof with an insulated cable running to the ground.

However, this kind of system offers minimal protection and may fail, depending on the intensity of the strike. A single lightning strike can hold as much energy as 150,000 amps, the site states.

A more complex and secure system, with several lightning rods strategically placed around the roof and several ground electrodes, may cost $2,000-$3,000 for an average two-story house. The price dips a bit for a one-story house, and rises slightly higher for a three-story house. This is primarily due to the materials cost for the metal-conducting wire.

The Difference Between Pre-Qualified and Pre-Approved

Many an ambitious and resourceful homeowner chooses to tackle a home improvement project on their...