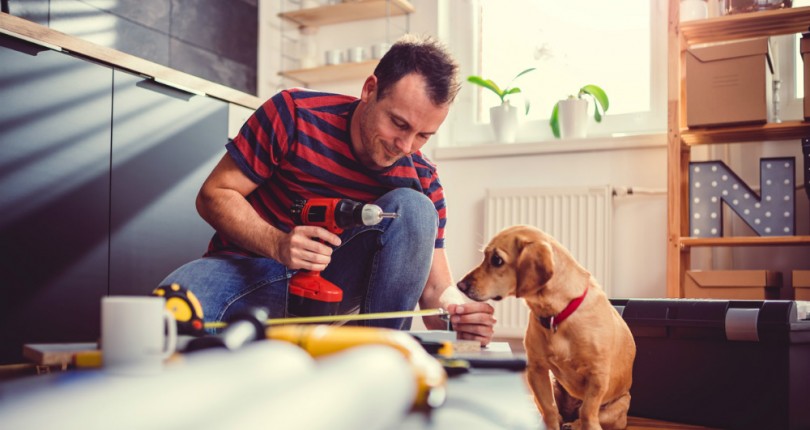 Many an ambitious and resourceful homeowner chooses to tackle a home improvement project on their own, believing it will help save on the time and expense involved when hiring a professional. However, that’s not always the case, according to research from home improvement marketplace Porch. The reality is, do-it-yourself can often do more harm than good, and repairing costly errors can end up costing you more than if you had hired a professional in the first place.

The research from Porch claims that on average, DIY errors can equate to nearly six hours of time and add $310 to the cost of a project, but hours and dollars vary depending on the home improvement project involved.

For example, due to the labor and materials involved, flooring installation projects presented the most problems for DIYers, adding nearly 14 hours of time and $829 to the project. Mistakes caused by trying to tackle plumbing, electrical wiring and installing a ceiling fan on one’s own added the most additional time to a project, tacking on nearly seven hours. Exterior painting and replacing an electrical outlet added the most cost, adding nearly $450 to the initial cost.

Beyond the financial implications, DIY projects can take an emotional toll, as well. According to the report, 28 percent of respondents who were married or in a relationship reported having a fight with their significant other during the project. Projects that involved electricity, such as wiring/rewiring, replacing an outlet or installing a ceiling fan, grabbed three of the top four spots when it came to causing an argument. Of course, making a mistake during a DIY project is also at the root of many an argument. In fact, 45.8 percent of those who goofed reported fighting with their partner, compared to just 21.6 percent of those who didn’t make a mistake during the project.

But don’t let the research scare you away from DIY altogether. Given the right circumstances, taking on a home improvement project yourself can be rewarding and cost-efficient. Here are some tips to consider before you set out on a DIY adventure:

– Be realistic about what you can do. Do your research, check out YouTube videos and make sure you’re really up to the task.
– Be meticulous about planning. Have all your bases covered, measurements taken, and blueprints drawn up before you start.
– Set a budget for each item in the project so you don’t overspend on certain items and skimp on others.
– Sample paints and materials in your home before you dive into your project. What may look good online or in the store may not work at all in your particular space.
– Make sure you have the right tools. Trying to fudge a project with the incorrect tool can be a recipe for disaster.

How-To Protect Your Property From Hurricanes

For many homeowners, hurricanes are a real property risk. Data from Property Claim Services®...